What’s the cost of Culture Change? 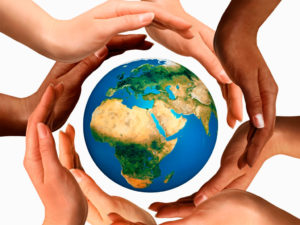 We regularly hear about and are often involved in many conversations centred around Cultural Diversity awareness and depending on who might be involved in those conversations, depends on the meaning and objective which is looking to be achieved.

Is it purely creating awareness and understanding of the differences between people from different countries and backgrounds?

The work of David Livermore, PhD at the Cultural intelligence Center defines “Cultural Intelligence” (CQ) as the capability to relate and work effectively in culturally diverse situations.

“the way of life, especially the general customs and beliefs, of a particular group of people at a particular time”

I recently celebrated my 10th Anniversary of being a resident in the UAE and coming from the UK, I had a steep learning after touching down in the desert to adapt to new beliefs and new ways of doing things. Some of these general customs were quite alien to me at the time and as one embraces new experiences, the customs become more natural and before long, you have adopted “the culture” and become one of that particular group of people.

The specific example of culture I refer to in this instance is the country wide norm that every car driver would have experienced when entering a gas station. An attendant would be there to fill up their tank, wash their windshield, take their money and send them on their way.

So, what’s the cost of culture change?

As the UAE continues to evolve and fine tune the country’s business model for its economy, we are continually witnessing behavioural shifts in the population and the biggest observation for me comes from a change at the petrol pump!

Abu Dhabi National Oli Company (ADNOC) prompted a cultural change through introducing the attendant assisted filling service as a “Premium Service at a fee of 10 Dirhams ($2.70) which includes all that customers were previously receiving (for free) with the addition of complimentary tyre pressure checking. The alternative is a self-service option, where customers fill the tanks themselves and pay at the pump (a norm in many other parts of the world)

Whilst 10 Dirhams may sound like a nominal amount to some, the results speak for themselves. This is clearly the cost of culture change with more and more people adopting the new ways of motoring in the UAE and embracing the self-service option.

A small price to pay for one massive shift in mindset!

Culture can be changed, and it doesn’t have to evolve over numerous generations if the methodology, approach, willingness, structure and purpose is there. You want to see a change in the way you do things in your organisation?

Enter your details to receive your complimentary talent report that will help you understand your behavioural style and how to maximise your potential.

You have Successfully Subscribed!